Corn on the cob is a favorite summertime food—and in season now!  It is great steamed, grilled or roasted.  You can serve it hot or cold in salads.  It is a great source of fiber and iron.  What’s not to like about corn?!  There are many little known facts about corn.  See if you were aware of any of these? 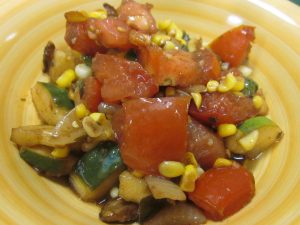 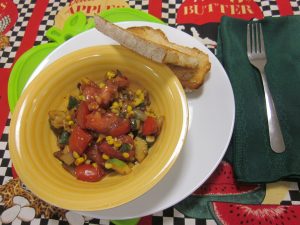 Corn can be canned, frozen or dehydrated for later use.  Check Ball Canning  for recipes.

Give this salad recipe a try.  I like it because you can place whatever vegetables you like in it.  Add chicken and it’s dinner!

A confirmation email will be sent to your inbox. Once you confirm your subscription, you will begin to receive emails with our current blog updates.